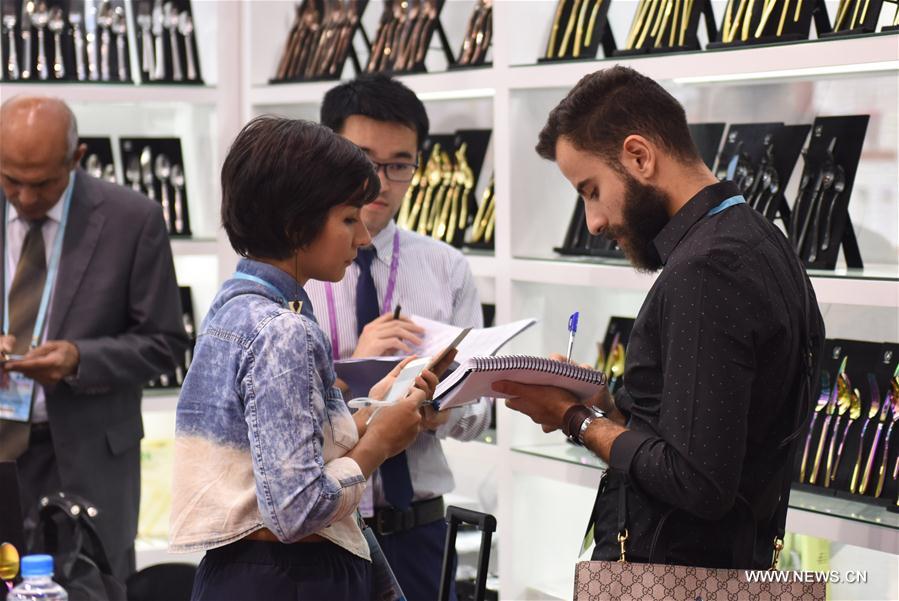 A trader selects tableware at the Canton Fair in Guangzhou, capital of south China's Guangdong Province, April 27, 2017. The second phase of the 121st China Import and Export Fair, known as the Canton Fair, was closed and the third phase will be held from May 1 to May 5. The China Import and Export Fair is held every spring and autumn and is seen as a barometer of the country's foreign trade. (Xinhua/Lu Hanxin)