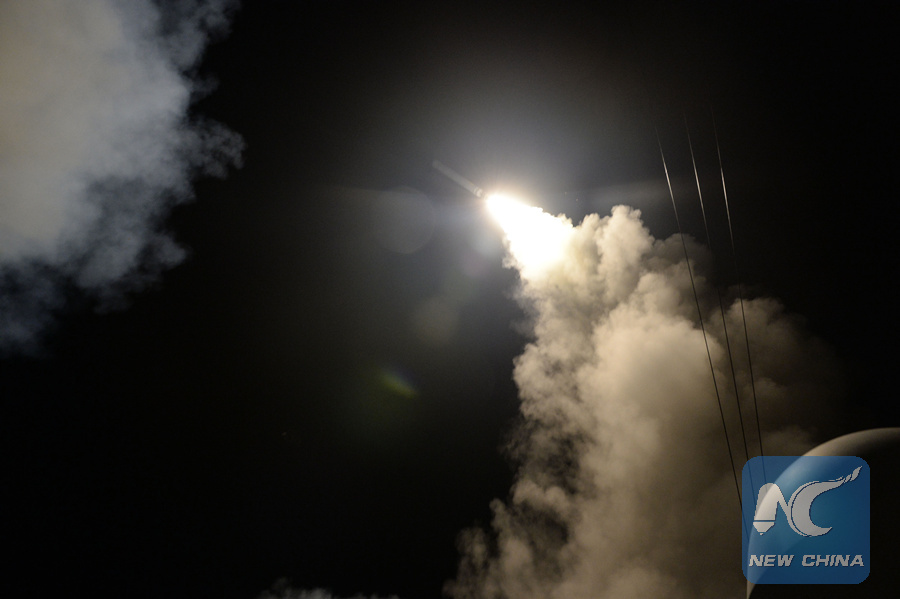 MOSCOW, April 9 (Xinhua) -- Russian and Iranian presidents in a phone conversation stressed the inadmissibility of "aggressive" U.S. actions against Syria in violation of international law, the Kremlin said in a statement issued on Sunday.

Russian President Vladimir Putin and his Iranian counterpart, Hassan Rouhani, called for an objective, unbiased investigation into the chemical weapon incident in the Syrian province of Idlib earlier this week, the Kremlin said in the statement.

The two leaders noted the importance of continuing close cooperation in the political and diplomatic settlement of the chronic Syrian civil war, the statement said.

In addition, both presidents expressed readiness to deepen bilateral cooperation in the fight against terrorism to ensure stability in the Middle East.

Also on Sunday, U.S. Ambassador to the United Nations Nikki Haley said U.S. President Donald Trump was discussing with members of his administration the possibility of sanctioning Russia and Iran for supporting the Syrian government.

Russia and Iran, together with Turkey, are working to arrange a series of peace talks between conflicting sides within Syria in the Kazakh capital of Astana.

On Thursday, Trump ordered attacks against a military airbase in Syria with dozens of Tomahawk missiles, after the United States and its allies accused Damascus of killing civilians with chemical weapons on Tuesday.

But the Russian Defense Ministry said on Wednesday that the deadly gas contamination was caused by the explosion of chemical weapons produced and stored by the rebels, after Syrian aircraft bombed the area.

Damascus has repeatedly denied possession of any chemical weapons.