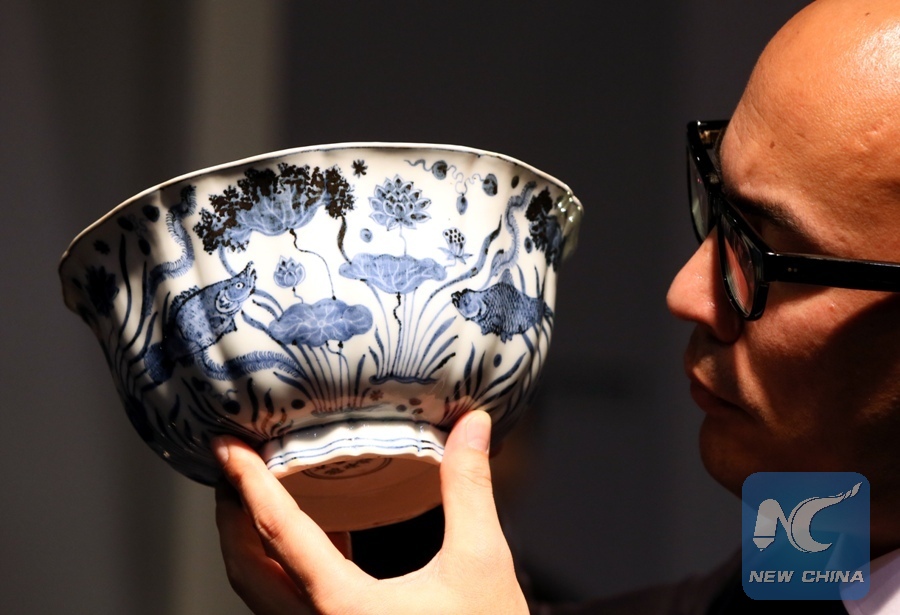 The blue-and-white porcelain bowl has a diameter of 23 centimeters and is painted with a design of fish swimming in a pond of blossoming lotus.

Made in the Xuande Period (1426-1435), the bowl has been preserved in extraordinary condition and considered as a great example of early Ming blue-and-white porcelain in private hands.

Sotheby's Asia Deputy Chairman Nicolas Chow said the porcelain bowl is extremely rare and possibly unique, which ranks among the very finest pieces ever produced during the reign.