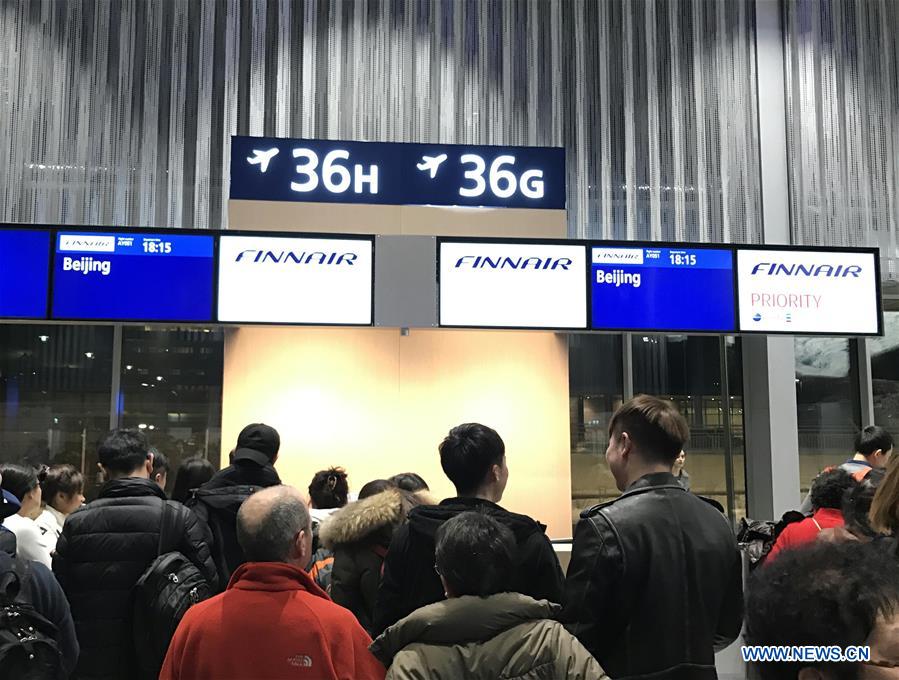 Passengers wait to board a Finnair flight to Beijing in Helsinki Airport, Finland, on Jan. 25, 2017. Finnish airline Finnair opened a direct flight route between Helsinki and Beijing in 1988, which was the first from Europe to China. The project was a pioneer and many major European airlines followed suit. Nearly 30 years later, Finnair remains among the top five European airlines operating in China. It flies some 30 direct flights to six Chinese destinations per week on average. In January 2017, it started a pilot project installing Alipay on the flight from Shanghai to Helsinki. Alipay, launched by Alibaba Group in 2004, is one of the biggest digital payment systems in China and in the world. A month later, customers taking the flight to Beijing could also use Alipay on board.(Xinhua/Zhang Xuan)