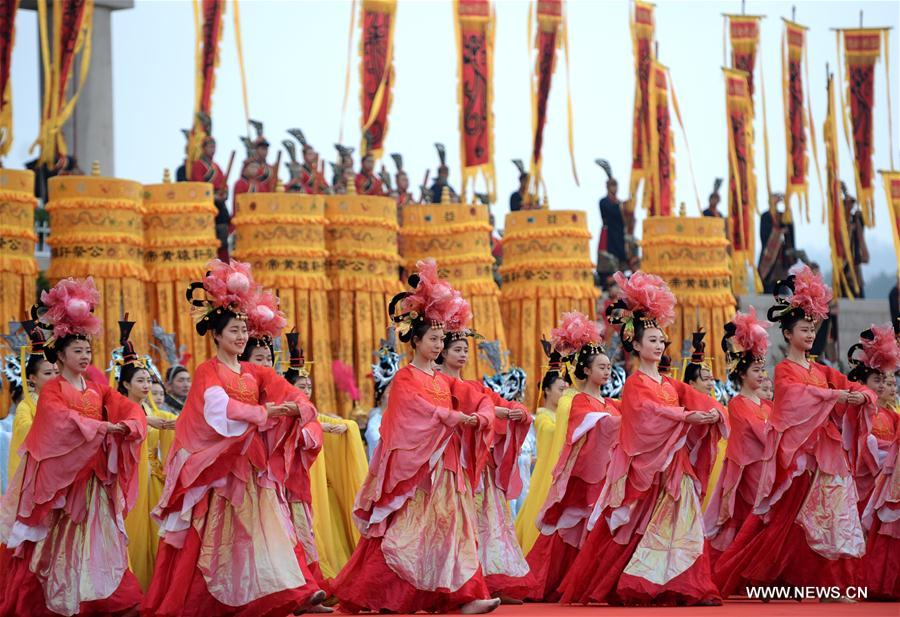 Performers dance during a memorial ceremony to worship "Yellow Emperor" who according to legend reigned nearly 5,000 years ago and is regarded as the ancestor of all Chinese people, in Huangling County, northwest China's Shaanxi Province, April 4, 2017. Over 10,000 people attended the ceremony on Tuesday which is also the Qingming Holiday, or the Tomb-Sweeping Day. (Xinhua/Li Yibo)