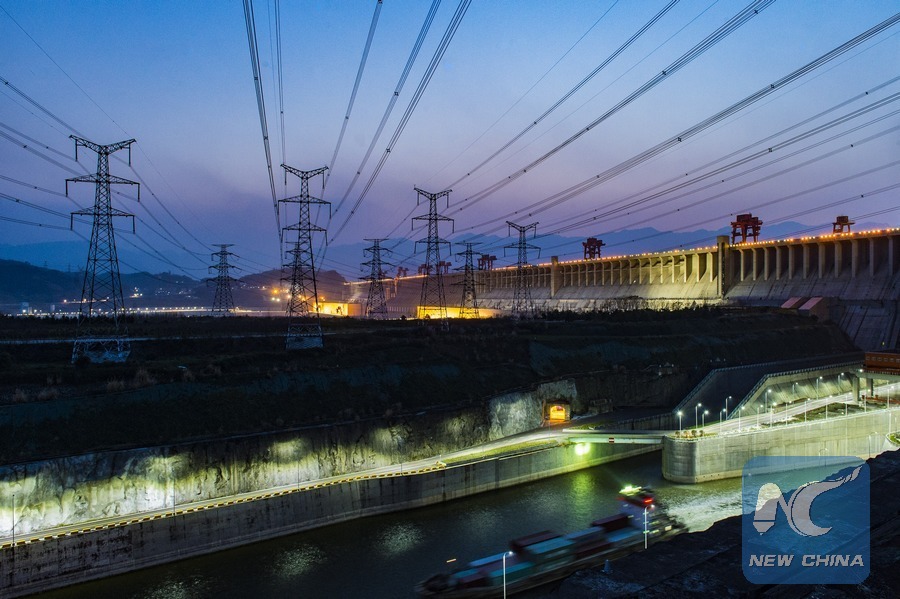 TAMALE, Ghana, April 4 (Xinhua) -- A United Nations (UN) official has stressed that China's investment in infrastructure across Africa is key to achieving the continent's development aspirations.

Nicholas Rosellini, UN Resident Coordinator for China, told Xinhua that China's investment in Africa's energy sector, especially through renewable energy, will go a long way to support the continent to create jobs on a large scale.

It is estimated that in Africa 600 million people lack access to electricity.

He therefore lauded China for assisting various African countries in developing their renewable energy capacities, stressing that besides its role in promoting the real sector of the economies of Africa, electric energy is also necessary for developing and promoting basic human needs.

Particularly, the official also lauded China for supporting Ghana with expertise in developing its Renewable Energy Master Plan, calling for such initiatives across the continent.

"We often think of electrification in terms of city lights or in terms of industry, but it actually cuts across everything that we do in our modern life in terms of looking after children, educating the children, healthcare, transportation agriculture, industry, manufacturing," he pointed out.

"So it is really critical if Africa is going to move ahead in terms of creating jobs on a large scale ... the backdrop of that has to be access to electricity, access to energy and renewable energy," he said.

The official who is also the United Nations' Development Programme (UNDP) Country Representative for China was in Ghana on an assessment tour of a trilateral irrigation project being financed by Denmark and China in Ghana, with support from UNDP.

The project supports poor smallholder farmers in Tamaligu, a suburb of Tamale, about 753 km north of the capital Accra with solar irrigation pumps for all-year-round crop production, as the high cost of diesel pumps and grid powered irrigation systems takes these facilities beyond the reach of the average farmer.

In replicating such programs and projects across the continent, the official believes they need to be tested to see those that work in each community and those not feasible. "And then you can move ahead in terms of replicating that in more and more communities," he said.

He also pledged UNDP's support for China's initiatives in Africa, especially those programs that are targeted at helping African countries achieve their Sustainable Development Goals.