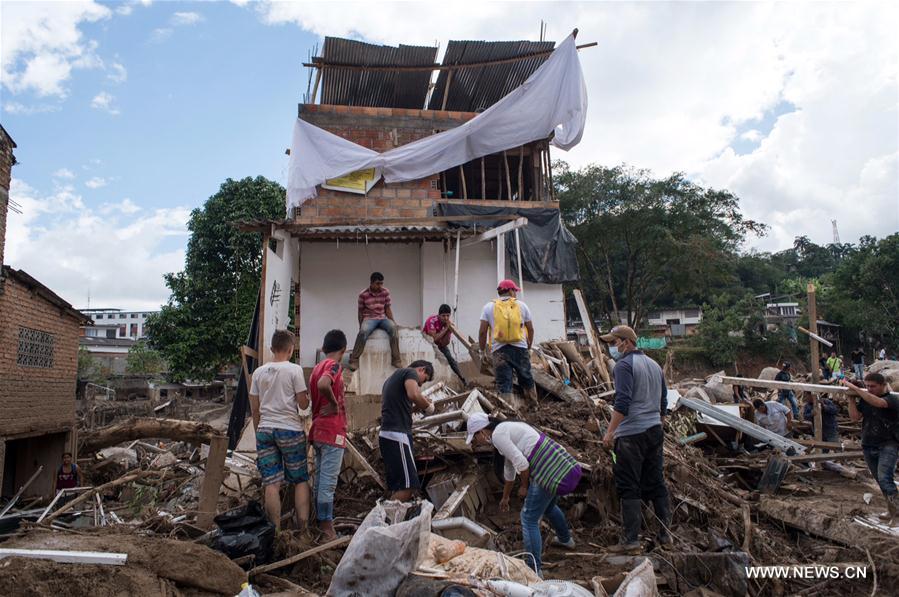 People work in a zone affected by the landslide in Mocoa, Colombia, on April 2, 2017. Rescue work keeps on going in Colombia's southwest city of Mocoa, in the department of Putumayo, early Sunday, following a tragic mudslide that devastated 17 neighborhoods and killed 207. (Xinhua/Juan Zamara Perini)

UNITED NATIONS, April 3 (Xinhua) -- The UN Office for the Coordination of Humanitarian Affairs reports that the landslides in Colombia's city of Mocoa have left more than 250 people dead, said a spokesperson here on Monday.

UN Spokesperson Stephane Dujarric told a daily briefing that many more people are missing or injured in the landslides and the country's search-and-rescue efforts continue.

"The UN and the humanitarian country team are working closely with Colombian authorities and stand ready to offer assistance," said Dujarric.

The disaster began with an overnight downpour of rain which lasted for hours and caused rivers to overflow around Mocoa. On Saturday, the flood of mud and debris surged through the city and devastated several neighborhoods.

Mocoa is the capital city of the department of Putumayo in Colombia's Amazonian region. According to the country's meteorological agency, March was Colombia's rainiest month since 2011.