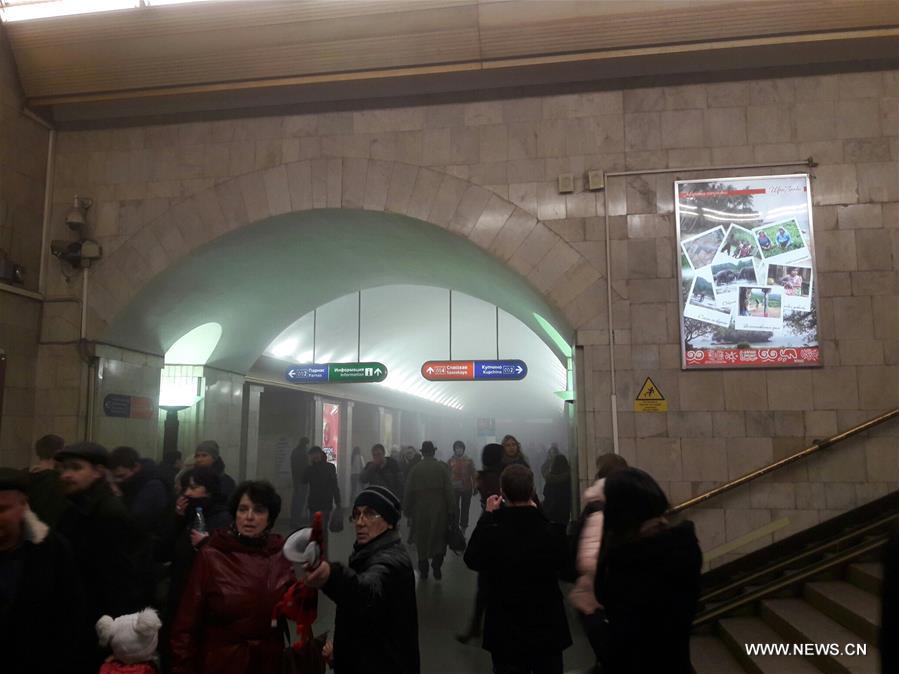 The photo taken on April 3, 2017 shows the blast site at a metro station in St. Petersburg, Russia. At least 10 people were killed, 50 injured and 7 stations were shut down after blasts. (Xinhua/vk.com/car crash and accident in St. Petersburg)

MOSCOW, April 3 (Xinhua) -- Two subway stations were hit by explosions with destructive elements in the Russian city of St. Petersburg Monday and so far at least 10 people have been reported killed and 50 others injured, according to Russian media.