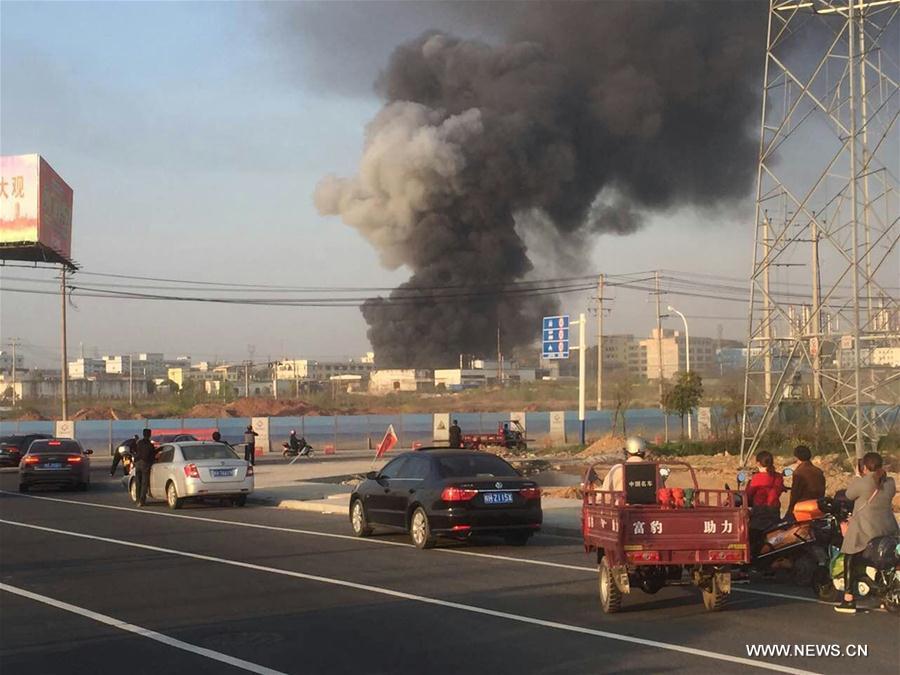 Smoke rises from the blast site of a factory warehouse in Anqing city, east China's Anhui province, April 2, 2017. Five people were killed and three others were injured after a blast set the warehouse of Wanhua oil company on fire on Sunday evening. The fire was put out three hours later. (Xinhua/Ma Jiyun)

HEFEI, April 3 (Xinhua) -- Five people were killed and three others were injured after a blast set a factory warehouse in east China's Anhui province on fire on Sunday evening.

The blast was heard at about 5:20 p.m. Sunday in the Wanhua oil company in the Anqing city, according to the city's publicity authorities. The fire was put out three hours later. Rescuers managed to save three people, leaving five others trapped at the scene.

The five people were found on the early morning of Monday and all confirmed dead. Among the three rescued, two are receiving treatment in hospital while the third, with minor injury, was discharged.

Monitor close to the factory didn't find serious air pollution after the accident, while measures have been taken to handle the water pollution resulted by the blast.

Cause of the blast is being investigated.