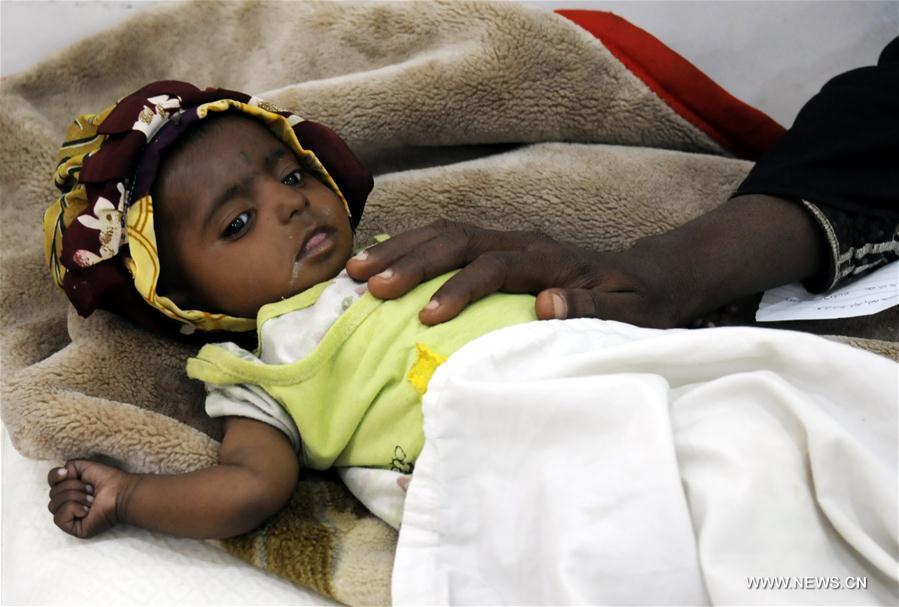 A woman puts her hand on her malnourished child waiting their turn to get treatment at a therapeutic feeding center in Sanaa, capital of Yemen, on April 2, 2017. Some seven million of people in Yemen could be put at risk by famine in 2017, Jamie McGoldrick, UN humanitarian coordinator for Yemen warned on March 28. McGoldrick said that an alarming 18.8 million of Yemeni people -- almost two thirds of the population -- need some kind of humanitarian or protection support, UN Deputy Spokesperson Farhan Haq told a daily briefing. (Xinhua/Mohammed Mohammed)