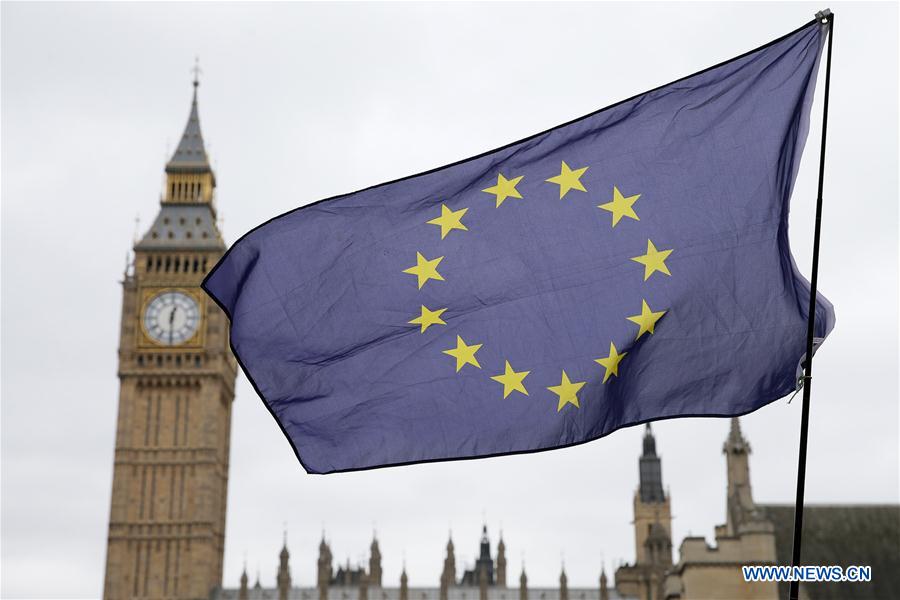 An EU flag is seen outside the the Houses of Parliament in London, Britain on March 29, 2017. Britain on Wednesday officially started the historic process to leave the European Union (EU) as the letter signed by Prime Minister Theresa May was sent to leaders of the 28-member bloc. (Xinhua/Tim Ireland)