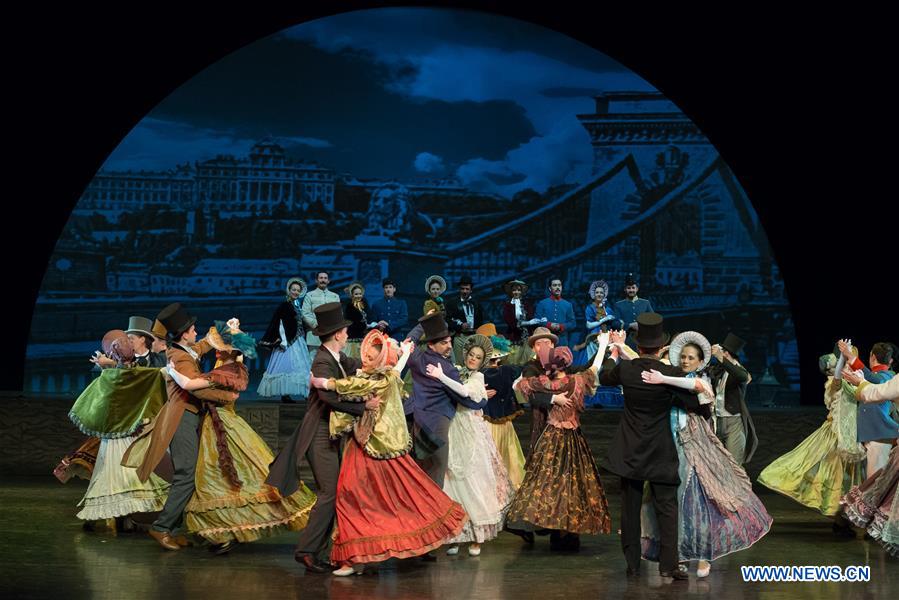 Members of the Hungarian National Dance Ensemble perform during a dress rehearsal of Compromise/150 in Budapest, Hungary, on March 31, 2017. The Habsburgs and part of the Hungarian political elite arranged the Austro-Hungarian Compromise in 1867. Under the Compromise, the lands of the House of Habsburg were reorganized as a real union between the Austrian Empire and the Kingdom of Hungary. (Xinhua/Attila Volgyi)