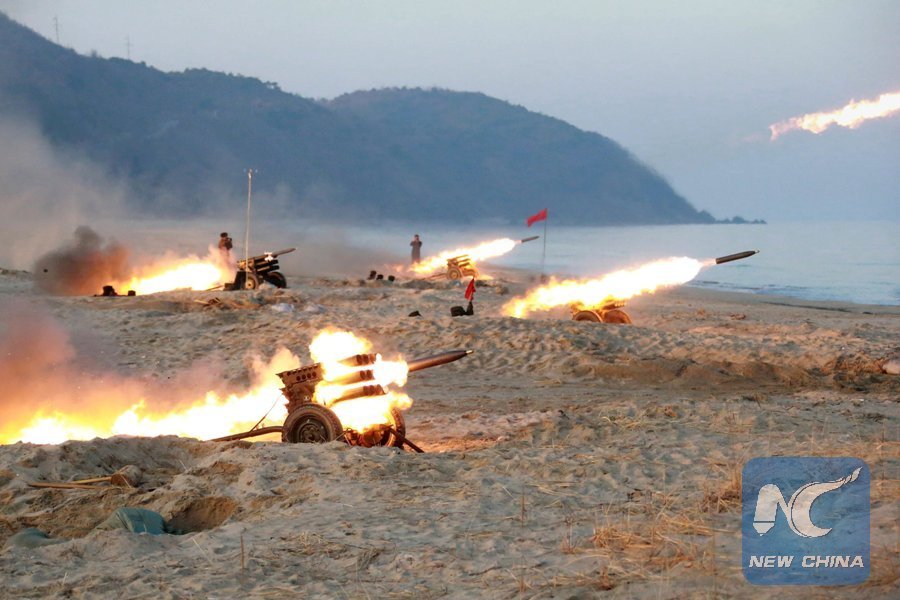 WASHINGTON, March 31 (Xinhua) -- The U.S. government announced Friday sanctions on one entity and 11 individuals for their links to the nuclear and missile programs by the Democratic People's Republic of Korea (DPRK).

"Today's action targets North Korean nationals working as agents of the regime in Russia, China, Vietnam, and Cuba to provide financial support or WMD procurement services for UN- or U.S.-designated sanctioned entities," the U.S. Treasury Department said in a statement.

The action was taken "in response to North Korea's ongoing development of weapons of mass destruction (WMD) and continued violations of United Nations Security Council Resolutions," it added.

The one entity that was sanctioned is the DPRK-based Paeksol Trading Corporation (Paeksol), which the U.S. alleged has sold, supplied, transferred, or purchased metal or coal to earn revenue that may have benefited the DPRK.

The sanctions are aimed at disrupting the networks and methods that the DPRK employs to fund its nuclear, ballistic missile and proliferation programs, U.S. Secretary of the Treasury Steven Mnuchin said in a statement.