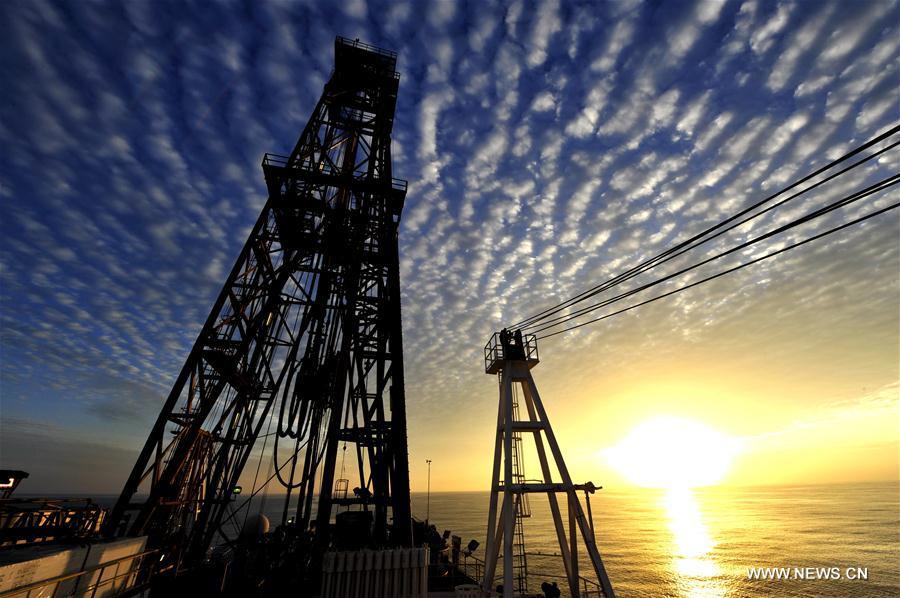 Photo taken aboard the U.S. drilling ship JOIDES Resolution shows the sunset scenery of the South China Sea on March 31, 2017. Scientists from China, the United States, France and other countries were on the U.S. drilling ship JOIDES Resolution to conduct an expedition to the South China Sea. As part of the International Ocean Discovery Program, they will explore the lithosphere extension during the continental breakup, by drilling at four sites in the northern area of the South China Sea to a depth of up to 4,000 meters. The study will contribute to understanding of how marginal basins grow. (Xinhua/Zhang Jiansong)