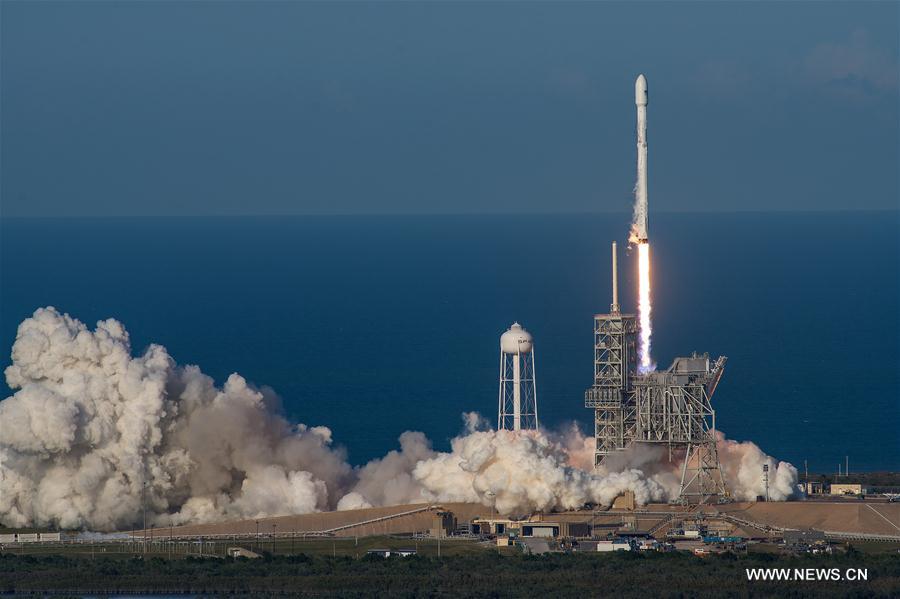 WASHINGTON, March 30 (Xinhua) -- U.S. space firm SpaceX made history on Thursday as it launched an already-used Falcon 9 rocket back into space for the first time and then landed its first stage on a droneship in the Atlantic Ocean.

The two-stage rocket, carrying a communications satellite into orbit for Luxembourg-based satellite operator SES, blasted off at 6:27 p.m. EDT (22:27 GMT) from the Kennedy Space Center in Florida..

About 10 minutes later, the first stage achieved a successful landing on the "Of Course I Still Love You" droneship that was stationed in the Atlantic Ocean.

"Falcon 9 first stage has landed on Of Course I Still Love You - world's first reflight of an orbital class rocket," the company tweeted.