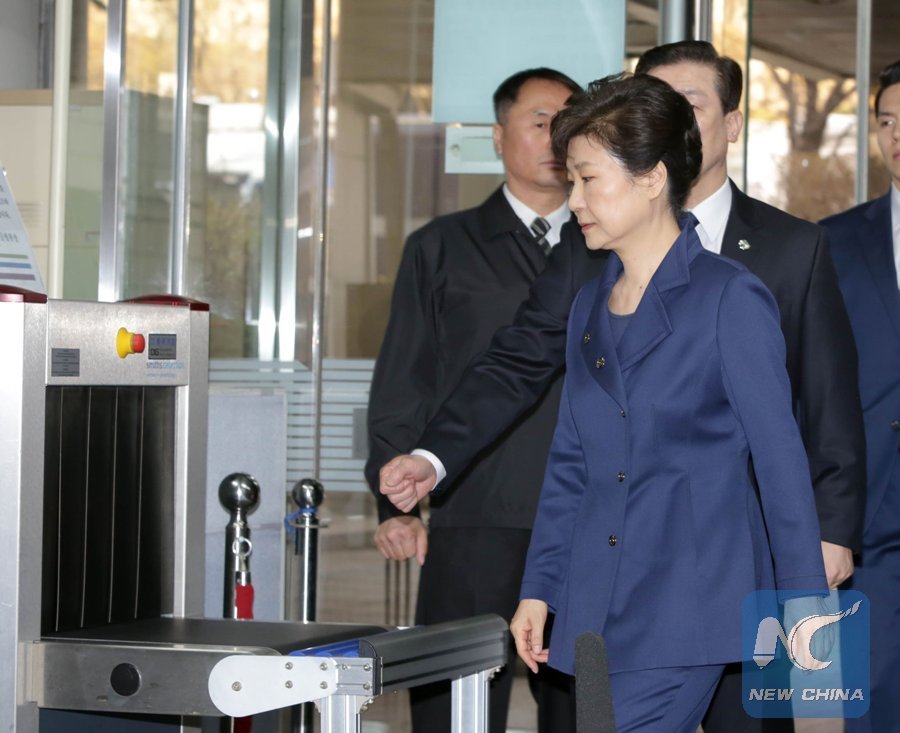 SEOUL, March 31 (Xinhua) -- Former President Park Geun-hye of South Korea was arrested early Friday as a Seoul court approved the request from prosecutors following her impeachment earlier this month over a corruption scandal embroiling her.

The court said in a statement that Park's major criminal allegations can be justified while concerns remain about a possibility of her destroying evidence.

The arrest warrant, which was sought by prosecutors earlier this week, was issued by the court following the Thursday hearing that lasted for almost nine hours, the longest-ever in the country's history.

Park became the third South Korean former leader to be taken into custody. The country's first female president became the first leader to be ousted through impeachment, which was approved by the constitutional court in a historic ruling on March 10.