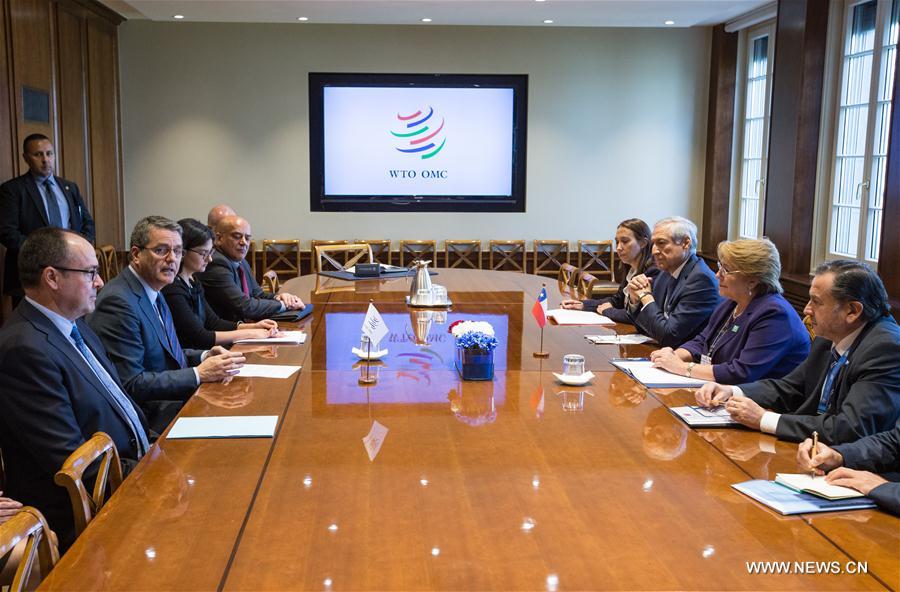 "Globalization is an irreversible reality. What we must do is correcting deviations and inequities so that globalization benefits everyone," Bachelet stressed while addressing members of the World Trade Organization in its headquarter in Geneva.

She noted that the rhetoric has increasingly attempted to blame free trade for lower economic growth and the loss of or only slight increases in jobs.

"This creates a perfect atmosphere for neo-protectionism, especially in the most developed nations", she added, saying that"we are convinced that these measures bring neither growth nor improvements to wellbeing."

She also estimated that "isolationism and protectionism can no longer survive in the face of production, trade, technological, academic and communicational interdependence."

Bachelet noted that Chile has one of the most trade-oriented economies in the world, with foreign trade accounting for 62 percent of gross domestic product. "Trade opening and economic growth have been accompanied by public policies designed to improve the well-being of our citizens," she said. "These policies could not have been financed without dynamic international trade, protected by trade agreements and WTO rules."

However, Bachelet underlined that global value chains and the incorporation of new actors into international trade, combined with a degree of competitiveness that did not exist a few years ago, all require the WTO to reshape its outlook, adding that new rules will be required to successfully address the new challenges.