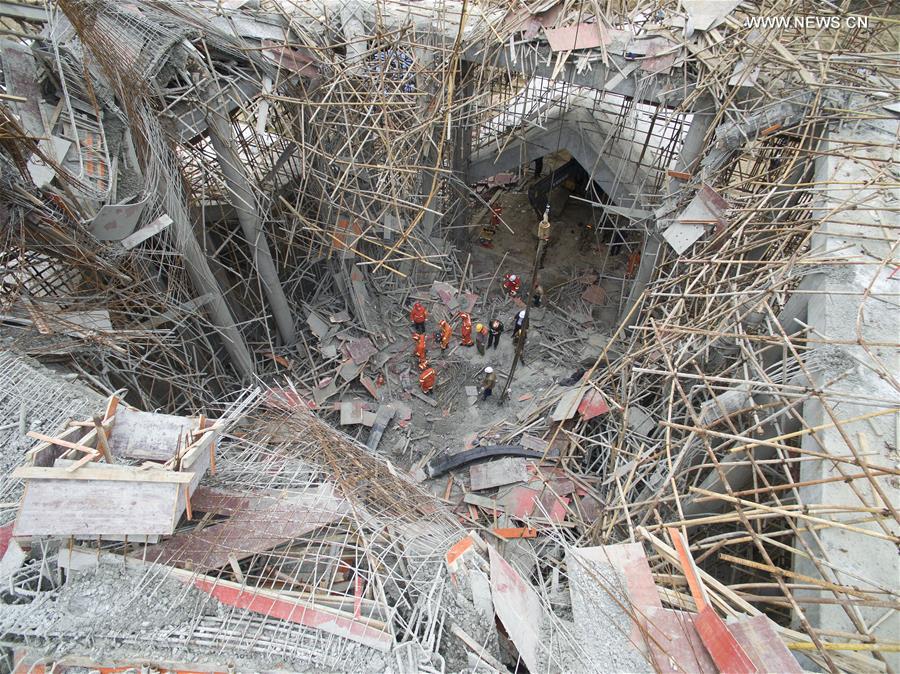 Aerial photo taken on March 28, 2017 shows the accident site after a scaffold collapsed in the construction site of an amusement park in Macheng city, central China's Hubei Province. Two of the eight workers rescued from the accident, which occurred on Monday afternoon, died in hospital, and rescuers are still searching for another seven buried in debris. (Xinhua/Xiong Qi)

Rescuers, with life detectors and sniffer dogs, are still searching for another seven buried in debris, the local government said.

The accident occurred in the construction site of an amusement park in Macheng city at 2:35 p.m. Monday.

"The collapsed part includes supporting scaffolds for building templates of the complex vault," said Huang Guoyuan, a government official with the rescue work.

Scaffolds to the size of 30 square meters fell down, said Huang.

Li Yifang, the rescue commander, said they worked carefully to avoid hurting the trapped workers when dismantling and removing the heavy stuff.