China, Nepal to cooperate more on Belt and Road 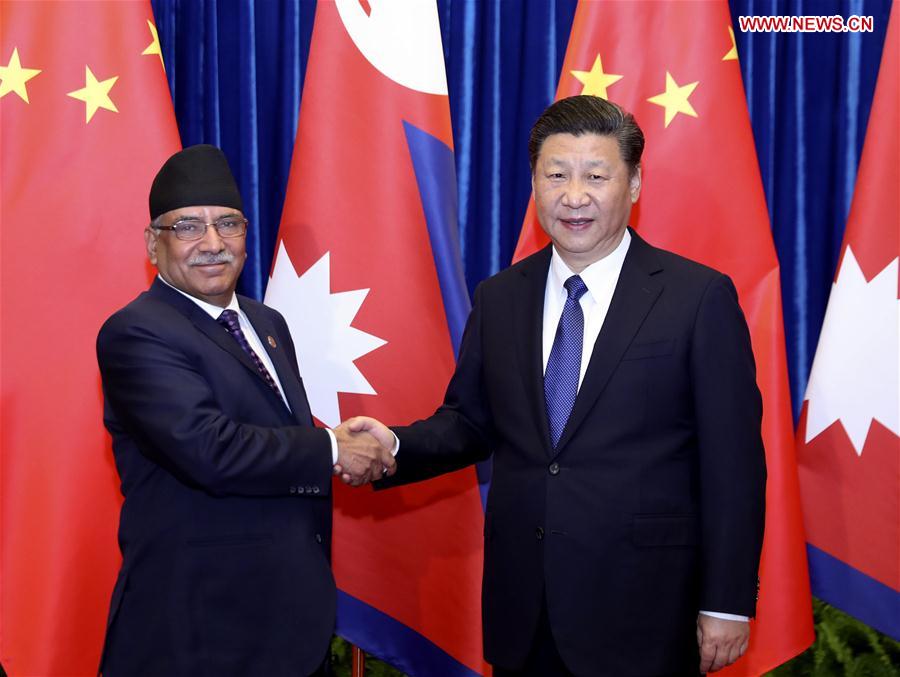 Xi said friendly ties between China and Nepal are in the fundamental interests of the two countries and two peoples.

At present, China-Nepal ties are developing soundly and the two countries maintain close exchanges between governments, parties and other levels, Xi said.

The president called for joint efforts to keep the positive momentum of bilateral ties and to create new prospects.

Xi called on the two sides to strengthen political trust, have more close exchanges and support each other on issues concerning their core interests and major concerns.

He said China and Nepal need to expand two-way investment and trade and promote balanced and sustainable development of bilateral trade.

Xi also expressed his hope that China and Nepal will enrich people-to-people exchanges and enhance cooperation in tourism, culture, youth, media, as well as local cooperation.

China is willing to work with Nepal to cooperate more under the multilateral framework such as the United Nations, and coordinate more on issues like climate change and sustainable development.

Nepal adheres to the one-China policy and it will not allow any force to conduct anti-China activities in Nepal's territory, Dahal said.

Bilateral trade increased 24 percent year on year to hit 85.04 million U.S. dollars in January 2017, according to Jiang Zengwei, chairman of the China Council for the Promotion of International Trade. Full story