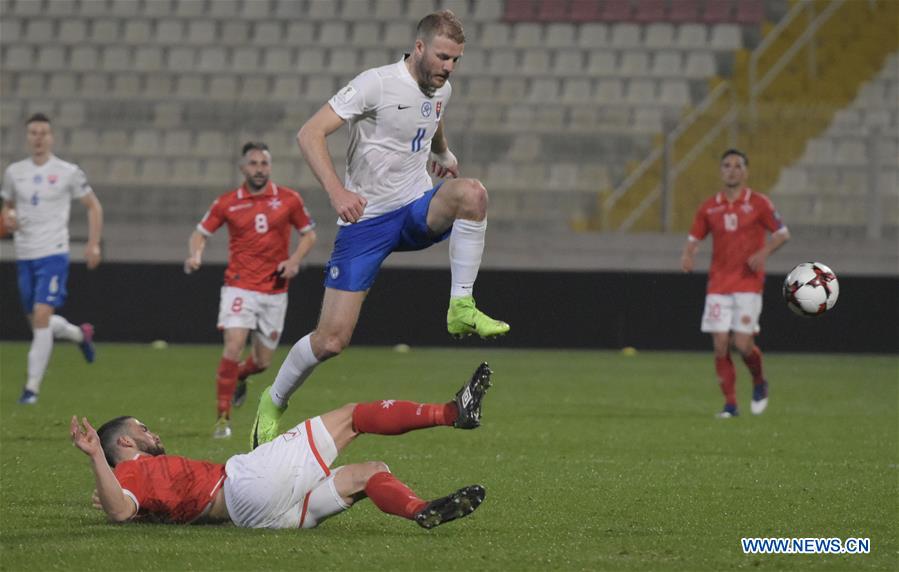 The Slovakian team achieved this win in a Group F fixture at the Ta'Qali National Stadium in Malta.

Vladimir Weiss scored the first goal for Slovakia in the 2nd minute before Jean Paul Farrugia leveled it 1-1 in the 14th minute.

Slovakia took the lead again when Jan Gregus in the 41st minute scored another goal, and in the 84th minute, Adam Nemec scored the third goal.

In the 78th minute, Farrugia was sent off following a goal nullified by the referee because he manipulated the ball using his hand just before scoring.

Slovakia will next face Lithuania on the 10th of June 2017 at the LFF Stadium in Vilnius.