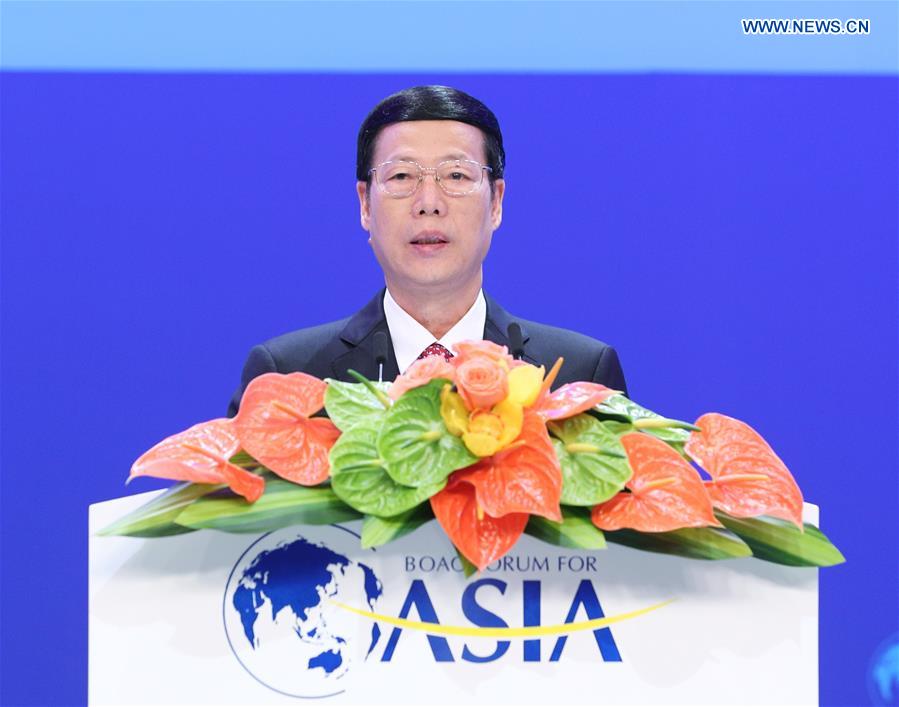 Instead, they should recognize their responsibility for global peace and play a constructive role in international affairs, Zhang said in a speech to the 2017 conference of the Boao Forum for Asia, held in south China's Hainan province.

In some regional issues, countries should take recourse to dialogue to settle disputes in a peaceful way, he said, adding that more cooperation is needed to address terrorism, climate change, refugees and natural disasters.

"Economic globalization can not be realized without a peaceful environment," Zhang said.

Given rising protectionism around the world, China is striving to renew momentum for globalization, advocating free trade and more cooperation.

Under the theme "Globalization and Free Trade: The Asian Perspectives," the four-day conference runs until March 26 and is expected to rally support for inclusive globalization.