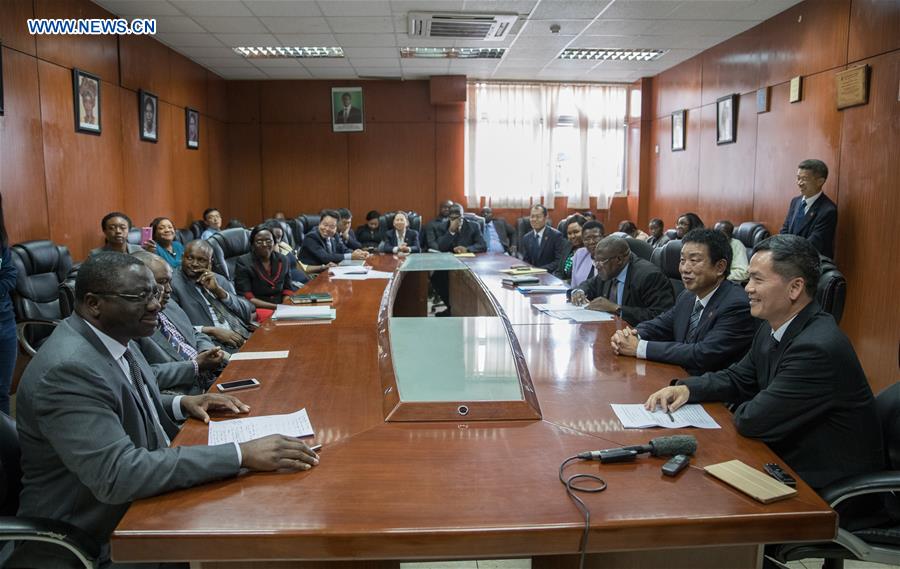 The 18th Chinese Medical Team donated three sets of telemedicine equipment to be installed at three other public hospitals after the success of the first equipment donated at one hospital -- the Levy Mwanawasa Hospital in Lusaka, the country's capital.

Team Leader Dr. Jianjun Guo told Xinhua after the donations of the equipment at the Ministry of Health that the equipment will be installed at the University Teaching Hospital in Lusaka, Livingstone Hospital in the southern part of the country and Ndola Hospital on the Copperbelt Province.

"We established the first telemedicine center at the Levy Mwanawasa Hospital last year which has really worked very well because it has improved collaboration between doctors in China and here in Zambia. Today, we donated three sets of equipment which will be donated to three other hospitals," Guo said.

According to him, the system has helped improve healthcare delivery as doctors from China and Zambia were able to work on complicated cases together through telecast, adding that the establishment of the equipment in all four hospitals in Zambia will also help improve interaction among local health personnel.

The system, he said, has also helped in imparting new medical techniques to Zambian doctors as well as developing academic exchange system between the two countries.

Dr. Jabin Mulwanda, permanent secretary in Zambia's Ministry of Health, said while receiving the equipment that Zambia will forever be grateful to China for its support in various sectors, including the health sector.

China, he said, has supported Zambia in various areas of the health sector such as infrastructure development, training of health personnel and donation of equipment.

The donated equipment will help Zambia modernize its healthcare delivery system, he added.

The 18th Medical Team came to Zambia in April last year and the team leader said a lot has been achieved in this period to help improve healthcare delivery.

As of February this year, the team had conducted 1,216 operations in the four hospitals, anesthetized 1,530 patients, diagnosed 9,495 outpatients and produced 16,754 various reports.

The team has also been conducted free healthcare services in small health care centers and in rural areas during week-ends.