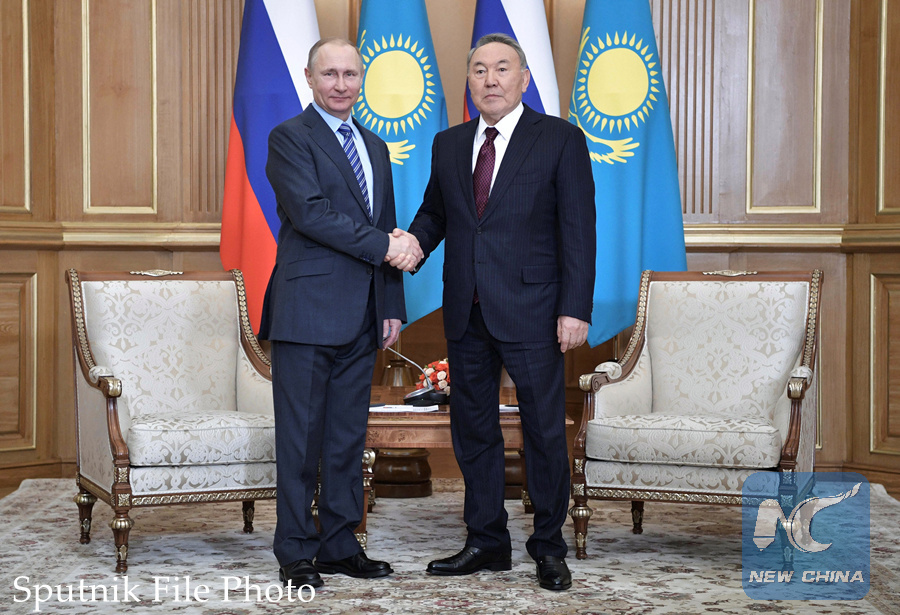 "Mr. Putin and Mr. Nazarbayev considered pressing issues of the bilateral and regional cooperation, including certain aspects of preparations for the upcoming meeting of the Supreme Eurasian Economic Council in Bishkek," the Kremlin press service said in a statement.

In addition, Putin and Nazarbayev exchanged opinions on the results of the third round of intra-Syrian talks, which took place in the Kazakh capital of Astana on March 14-16, the Kremlin said, without giving further details.

The Astana peace talks closed without progress after rebels boycotted the meeting. Russia, Turkey and Iran agreed to hold the next meeting in Astana on May 3-4.