17 trapped in China mine accident 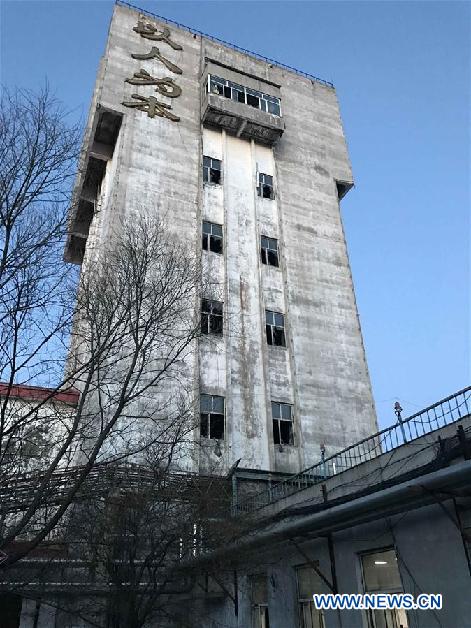 Photo taken on March 10, 2017 shows a building at Dongrong Second Mine of the Shuangyashan branch company of the Longmay Mining Holding Group in Shuangyashan, northeast China's Heilongjiang Province. A total of 17 people are trapped underground after a cage fell due to a fire on the cable here. Casualties remain unknown. Other 256 miners have been saved out of the mine. An investigation of the accident is underway. (Xinhua/Wang Chunyu)

HARBIN, March 10 (Xinhua) -- Rescue work is under way after 17 people were trapped in a coal mine Thursday in northeast China's Heilongjiang Province.

The miners were in a cage which suddenly fell down during operation after its electric cable caught fire at Dongrong Second Mine of the Shuangyashan branch of Longmay Mining Holding Group at 2:35 p.m. Thursday.

A total of 256 miners escaped, according to local authority.

"I was working underground when the accident happened. I smelt choking smoke in the shaft," said a miner surnamed Zhang, who was lifted out of the mine with others on Thursday evening.

Rescue work is underway. Medical staff have arrived at the scene.