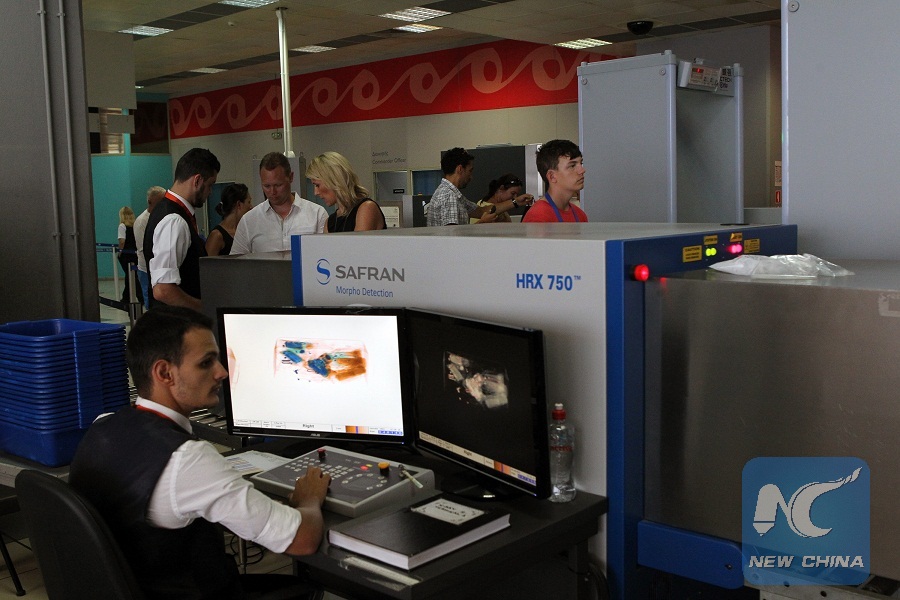 Two Greek nationals, one Turk and one Albanian were arrested during an operation by SDOE in cooperation with Greek police and Navy at Elefsina and Megara, two towns 17 and 33 kilometers northwest of Athens respectively, according to an e-mailed statement.

During a raid in a narcotics lab at Elefsina, authorities discovered and seized 635,000 tablets of Captagon, a synthetic amphetamine which is associated with ISIS fighters in recent years.

This is the first time that authorities have discovered a Captagon lab in Greece, the statement said.

Some of the pills had been hidden in crypts inside a truck. In another raid at Megara, authorities confiscated a speed boat with crypts to transfer the drugs out of Greece.

The market value of the tablets confiscated is estimated at about 10 million euros (10.5 million U.S. dollars), according to SDOE's statement.

The investigation continues, and at least three individuals are wanted for the case, including a retired police officer.

Captagon was first created in the sixties to treat hyperactivity, narcolepsy and depression, but was banned in the mid-eighties for being highly addictive, Greek national news agency AMNA noted.

The drug is believed to be flooding the Middle East. Data from 2010 showed one third of the worldwide Captagon production was consumed in the region, according to AMNA.