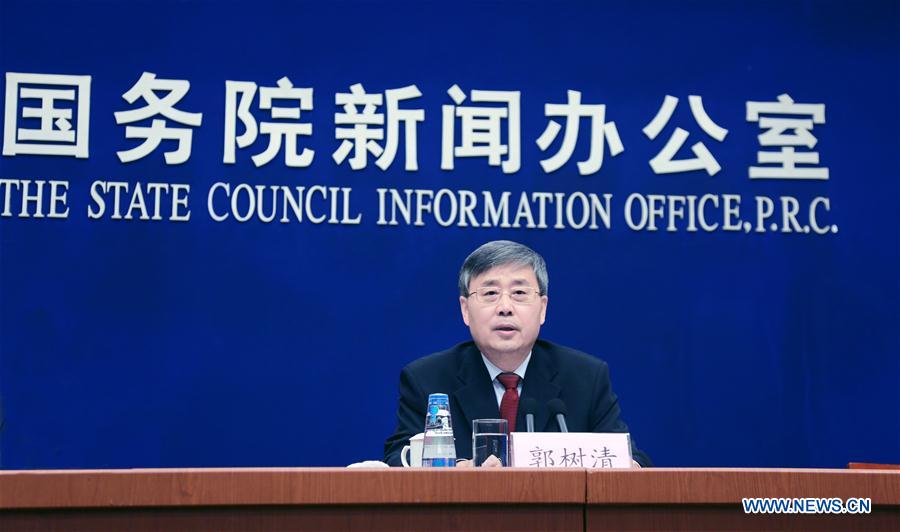 Guo, three days on the job as chairman of China Banking Regulatory Commission (CBRC), said the commission will work with other financial authorities this year to tighten regulations, guard against financial risks and support supply-side structural reform.

Guo's remarks, at his first press conference after being named CBRC chairman, reinforced views that as the health of China's economy continued to improve, policy makers had more room to shift their focus to reforms and financial risk control.

Commercial banks, trusts, fund management firms, brokerages and insurers all have asset management businesses, but because they have different regulators and are subject to different rules, there has been some chaos, Guo said.

"We are working on a joint regulation to set basic standards that every institution can follow," he said.

Although the overall leverage level for the country's households was not high, its rapid increase in past years is worth monitoring, Guo said.

According to Guo, more than 430 billion yuan in debt-to-equity swap deals had been signed as of early February.

Thursday's conference came after the country's securities and insurance regulators vowed to act hard against irregular market operations to rein in financial risks.

At the Central Economic Work Conference in December, the central leadership pledged to make a priority of preventing financial risks, saying that curbing asset bubbles would be more important in 2017.

In a further sign of the focus on risk prevention, China's central bank vowed to maintain a prudent and neutral monetary policy this year, after keeping prudent monetary policy for six consecutive years.