French presidential candidate Fillon to be summoned by magistrates 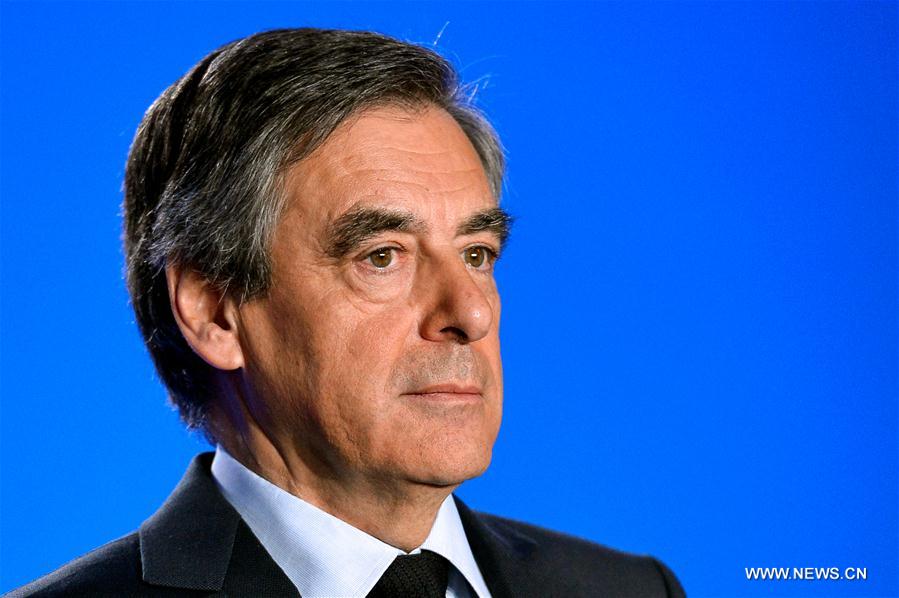 Francois Fillon attends a press conference in Paris, France, on March 1, 2017. French presidential candidate Francois Fillon confirmed Wednesday that he would be summoned on March 15 by the investigating magistrates over alleged fake jobs. (Xinhua/Thierry Mahe)

PARIS, March 1 (Xinhua) -- French presidential candidate Francois Fillon confirmed Wednesday that he would be summoned on March 15 by the investigating magistrates over alleged fake jobs.

But the 62-year-old conservative candidate said he would not withdraw from the race.

"Only universal suffrage and not a prosecution can decide who will be the next President of the Republic. I will not give in, I will not surrender. I will not pull out," he said.

Previously, the conservative nominee had promised to drop his presidential bid if he would be placed under formal investigation.

Fillon, whose campaign is hit by a legal investigation, called on supporters to resist a legal manoeuvres, which he called "a political assassination".

He has denied wrongdoing along with the allegations by a satirical newspaper that his wife and two children have received hundreds thousands of euros for jobs they may did not do.

On January 25, French satirical weekly Le Canard Enchaine reported that Fillon had paid his wife and two of his five children about one million euros (1.05 million U.S. dollars) for their jobs as parliamentary assistants. However, there was no evidence showed Fillon's wife had really worked, the report added.

In November 2016, Fillon won the center-right Republicans party's primary runoff to represent the biggest opposition party in the 2017 French presidential race scheduled for April 23 and May 7.

Once the favorite to win the election, the conservative candidate, has now up to 20 percent of votes, making him at third rank behind the centrist Emmanuel Macron and far-right leader Marine Le Pen.