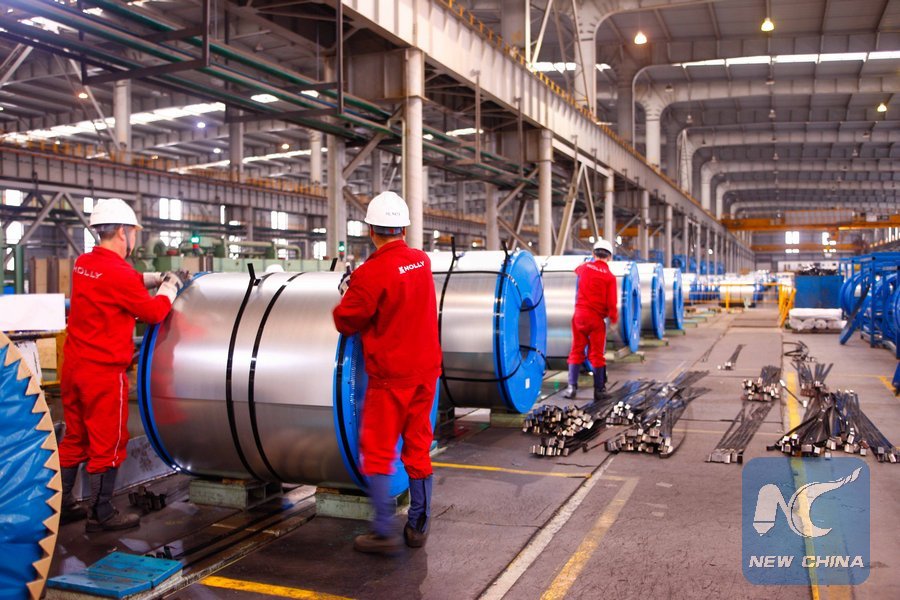 BRUSSELS, Feb. 28 (Xinhua) -- The European Union (EU) on Tuesday decided to impose definitive anti-dumping duties on imports of heavy steel plates from China, after which China said it is "seriously concerned" by the EU's increasing protectionism in the steel industry.

The European Commission, or the EU executive body, said Chinese exports of heavy steel plates will be taxed with anti-dumping duties ranging from 65.1 percent and 73.7 percent.

The duties are the same as those imposed provisionally in October and are at the level of the injury margin, based on the lesser duty rule.

According to the Commission investigation initiated in February 2016, the dumping margins are between 120 percent and 127 percent and this so-called "unfair competition" is causing "material injury" to the EU producers.

Wang Hejun, head of Trade Remedy and Investigation Bureau of the Ministry of Commerce of China, said the European Commission in its investigation continued to use the unfair and unreasonable surrogate country approaches and ignores the active cooperation of Chinese enterprises.

He said the Chinese government urged the EU to fully comply with the international treaty obligations under the WTO, terminate the use of surrogate country approach and treat Chinese enterprises in a fair, impartial and non-discriminatory manner.

Wang stressed that the weakness of global economic recovery and shrinking demand is the root cause of difficulties facing the iron and steel industry.

Countries should overcome the difficulties by win-win cooperation whereas trade protectionist measures will only lead to further impact on the international trade order, he said.

"China is willing to strengthen exchanges and communication with the EU in order to properly solve the current problems facing the steel industry," Wang said.