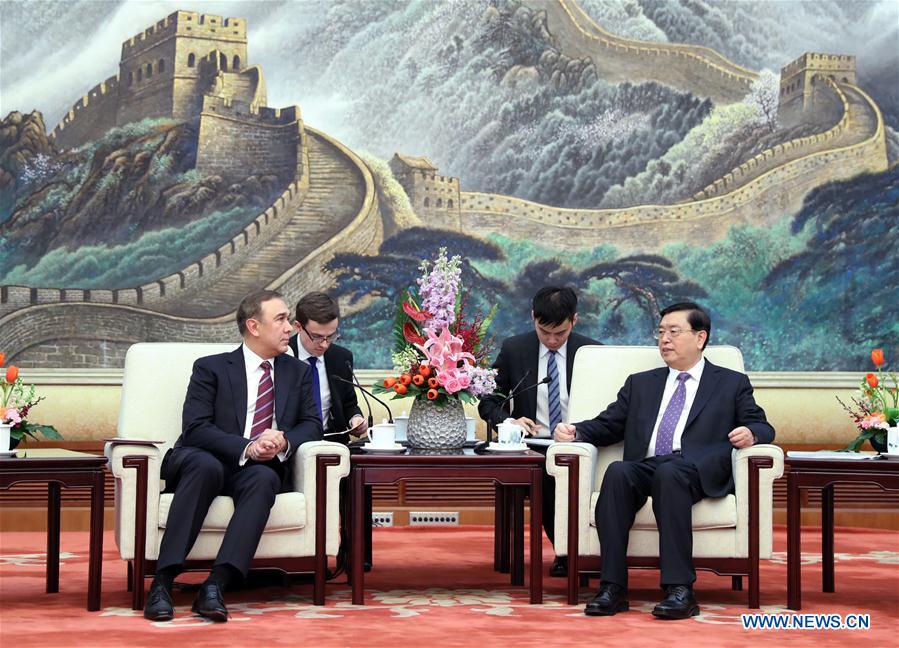 Zhang Dejiang (R), chairman of the Standing Committee of the National People's Congress, meets with Grzegorz Czelej, deputy speaker of the Senate of Poland, in Beijing, capital of China, Feb. 28, 2017. (Xinhua/Xie Huanchi)

BEIJING, Feb. 28 (Xinhua) -- China on Tuesday said it hoped that Poland would continue to play a positive role in developing China's cooperation with Europe, as well as with Central Eastern European (CEE) countries.

China's top legislator Zhang Dejiang made the remarks when meeting Grzegorz Czelej, deputy speaker of the Senate of Poland, in Beijing.

"China is willing to work with Poland to cement traditional friendship, enhance political mutual trust, deepen pragmatic cooperation, and push forward the Belt and Road construction, in a bid to push for an in-depth development of bilateral ties," said Zhang, chairman of the Standing Committee of the National People's Congress.

Zhang said that the congress and the Polish parliament should strengthen mutual understanding and trust as well as beef up cooperation, to better implement the consensus reached by both countries.

Czelej said the Belt and Road construction had brought opportunities for Poland's development, and the Polish parliament was ready to fuel cooperation between the two nations.