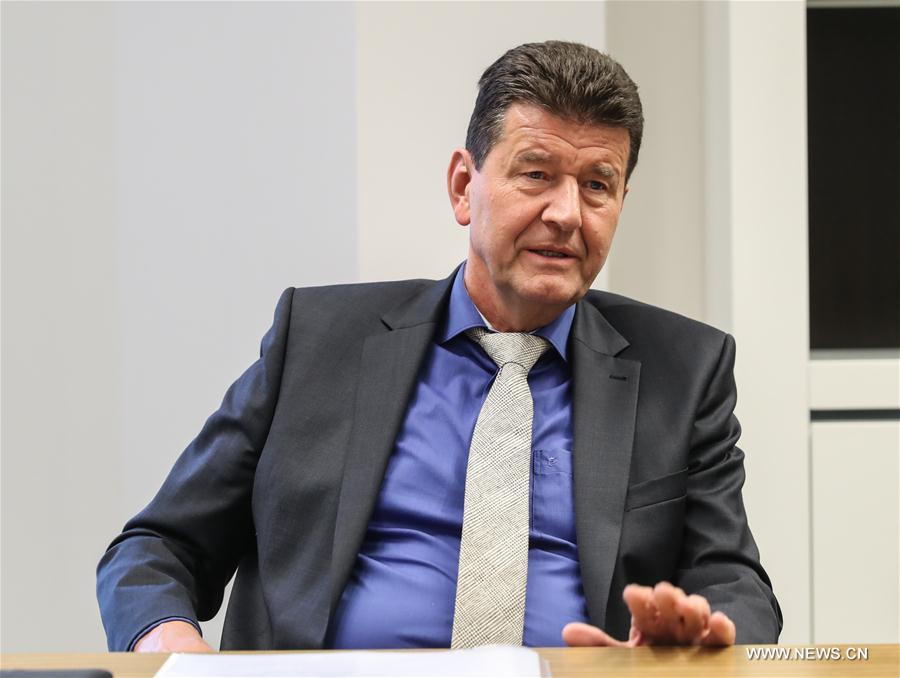 IBS Chairman Olaf Krueger said in a recent interview with Xinhua that the expectation for the forum, set to take place in Beijing in May, was high, since Beijing plans to host a high-level summit with 60 participating countries.

He believed that unique opinions on reliable links between China and Europe, and high-capacity and high-technology railroad freight corridors would be of great value for the future railway development.

The first freight train from China to Britain arrived in London on Jan. 18. The train departed Yiwu city in east China's Zhejiang province and traveled some 12,000 km in 18 days before reaching Barking in East London. During its journey, the train passed through Kazakhstan, Russia, Belarus, Poland, Germany, Belgium and France.

Since the launch of the China-Europe freight train services, the freight volume has increased substantially and has raised great interest to enterprises or companies wanting to transport Chinese products to Europe while tapping markets along the Belt and Road routes.

The direct rail link between Beijing and western Europe offers a new option for shippers. Some European entrepreneurs call it an "artery" as it provides fresh blood for the existing European rail freight corridors or networks.

However, as Krueger said, some "bottlenecks", especially in eastern Europe countries, were constraining the rail freight transport, as new connections, stations and related infrastructure must be updated.

The IBS, partly functions as a promoter or lobby for efficient train systems and mechanisms in the European Union (EU), welcomes the Belt and Road Initiative put forward by China, as it might provide great opportunities to modernize the existing train lines and create new corridors in these areas.

"At the coming forum, we will set our focus on how to organize the existing rail and future new corridors," Krueger said.

"For me it's very important to concentrate on how to organize these corridors, because it is not so easy. The trains connect a lot of countries with lots of political orientations," Krueger said.

"It is vital to find a model of public-private partnership in the investment and the development of the corridors. If the forum can design a such partnership between public and private, it is a solution for us to build more corridors with good standards and high capacities," he added.

Krueger hoped the participating countries as well as international railway firms "can go a lot steps further in globalization and free trade" at the forum.

The IBS expects the forum to be a place to discuss the modernization of the infrastructure and coordination mechanism along the railway corridors thus to boost the freight volume, said Tufan Khalaji, head of the IBS Eurasia department.

"I'm sure there will be many know-hows at the forum. The next step can go all the way to include the new areas, for example it should also include the North Africa states," said Khalaji.

The Belt and Road Initiative, proposed by China in 2013, aims to build a trade and infrastructure network connecting Asia with Europe and Africa along the ancient Silk Road trade routes. It has won support from over 100 countries and international organizations.