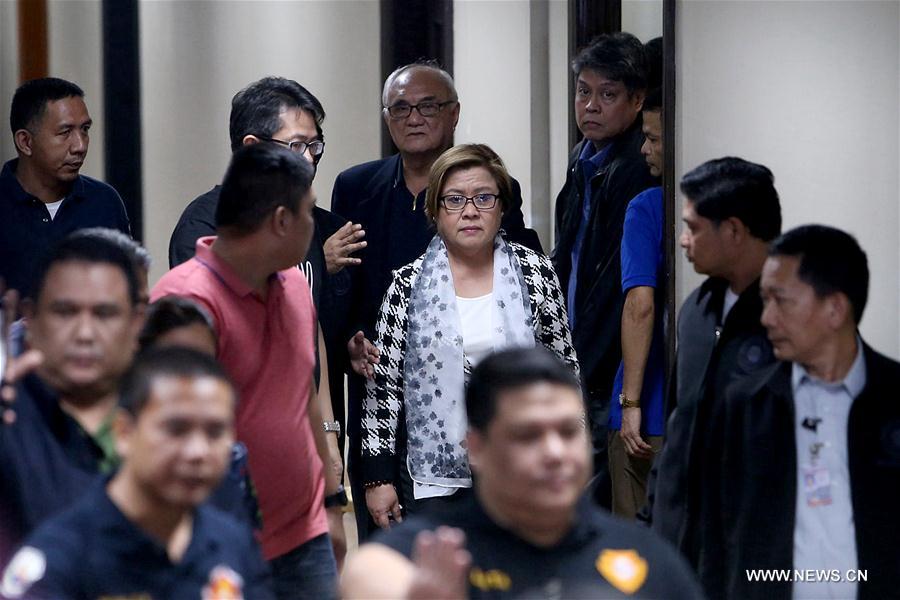 A lower court judge ordered on Thursday Senator Leila De Lima, 57, to be arrested on drug-related charges filed against her by the Department of Justice.

She had been allegedly abetting illegal drug trade when she was justice secretary from 2010 to 2015.

De Lima, who spent the night at her office at the Philippine Senate, did not resist arrest. Her lawyers are questioning the arrest order, saying it is highly irregular.

"I am innocent," she told reporters while being accosted out of the Senate premises, adding that she was arrested on trumped-up charges.

Police brought De Lima to Camp Crame, the headquarters of the Philippine National Police where De Lima is expected to be detained.

The judge has issued arrest warrants for De Lima, her previous driver and another man based on the testimonies of detained convicted drug lords.