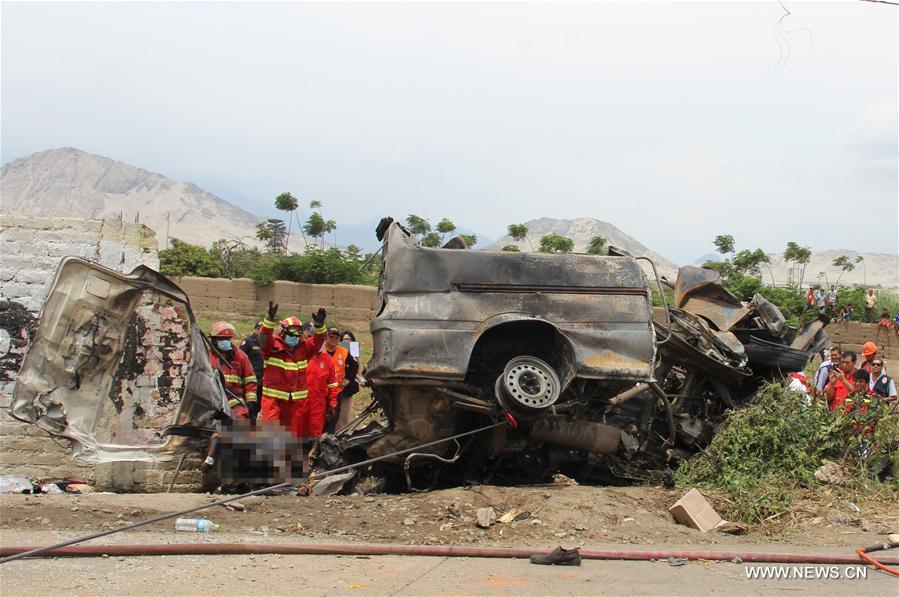 Rescuers work at the site of a traffic accident in Peru's Trujillo province on Feb. 23, 2017. The three-vehicle collision on Thursday killed at least 15 people and injured another nine, according to local media . (Xinhua/PERU 21)

Most of the fatal victims were burnt after at least one of the vehicles, a passenger minibus, caught fire.

"Inside the minibus are burnt cadavers and there are also cadavers on the roadway," said Granados.

Video footage on RPP showed smoke billowing from the wreckage of the vehicles strewn along the side of the highway, and tossed piles of books and papers on the ground.

The injured were taken to a nearby hospital.