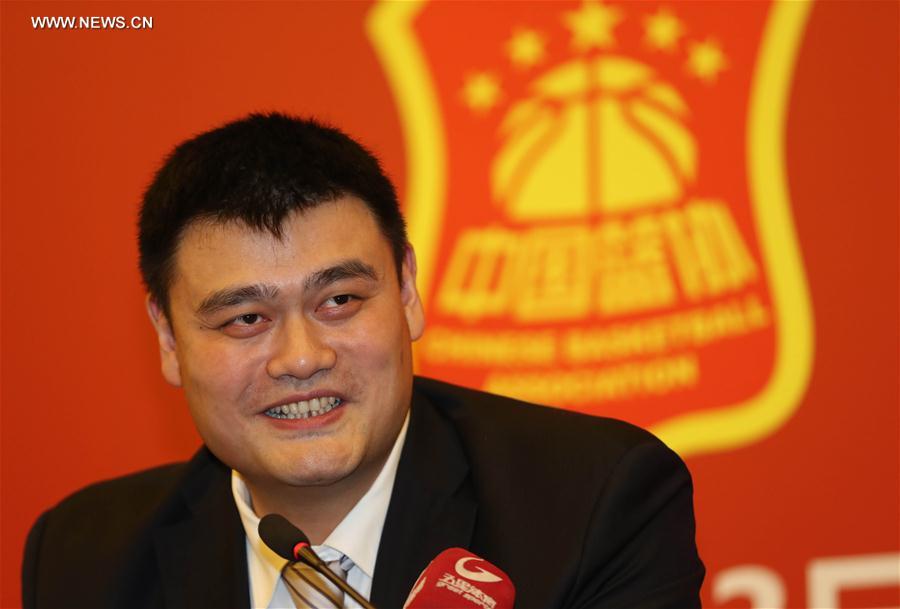 He also annoucned that he plans to sell his shares of the Shanghai Sharks in the CBA.

"The question reminds me of the year 2004, when our first foreign coach of national team Delmer Harris asked me the same question, my answer then was 'there's no biggest problem, because there are problems everywhere,'" said Yao.

"This is what happens in reforms but, every reform has its priority. What we need to do is to find the priority after research, and solve the problem and associated ones to create a virtuous cycle," Yao added.

Yao also addressed the potential for conflicts of interest due to the fact that he's invested in the Shanghai Sharks, the team he began to play for as a teenager, not to mention his status as vice president of the newly-established CBA company that aims to promote the sport.

"I have a simple role in Chinese basketball now, the CBA president," Yao said. "From today I will not deal with issues of the Shanghai Club. Before the next CBA season, I'll find a new, enthusiastic investor for the club."

As the first-pick of 2002 NBA Draft, Yao spent 9 years overseas as a player for the Houston Rockets. Today's press conference ended with a question ahout whether his American green card will influence his future work.

"I have no green card," Yao replied with a smile on his face.