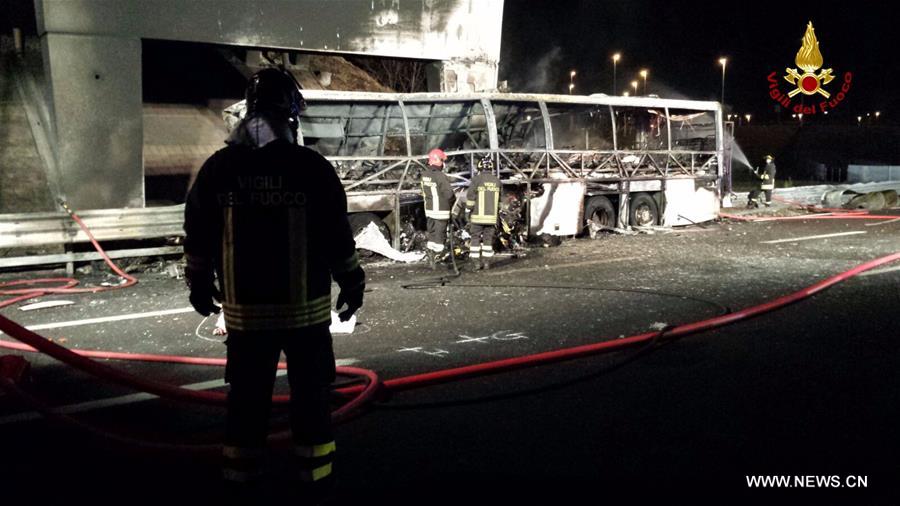 The bus crashed into a pylon at around 11:00 p.m. local time (2200 GMT), while it was exiting the highway near the city of Verona in the direction of Venice, and caught fire after the collision.

It was carrying 55 people in total, 39 of which were injured and the others killed, according to the fire department and health authorities.

Of the injured, at least 10 were in serious condition and taken to various hospitals in Verona, local media cited rescuers as saying.

The school bus was reportedly returning to Hungary from France via Italy, according to the Italian news agency ANSA.

Some of the students, aged between 14 and 18, were propelled out of the vehicle by the strength of the impact, while other passengers were trapped inside the bus when it burst into flames.

Traffic police, forensic police and firefighters spent all night on the scene of the disaster to gather all available details and investigate the cause of the crash, ANSA said.

The agency said that identifying some of the victims might be difficult as some of the bodies were badly burned.