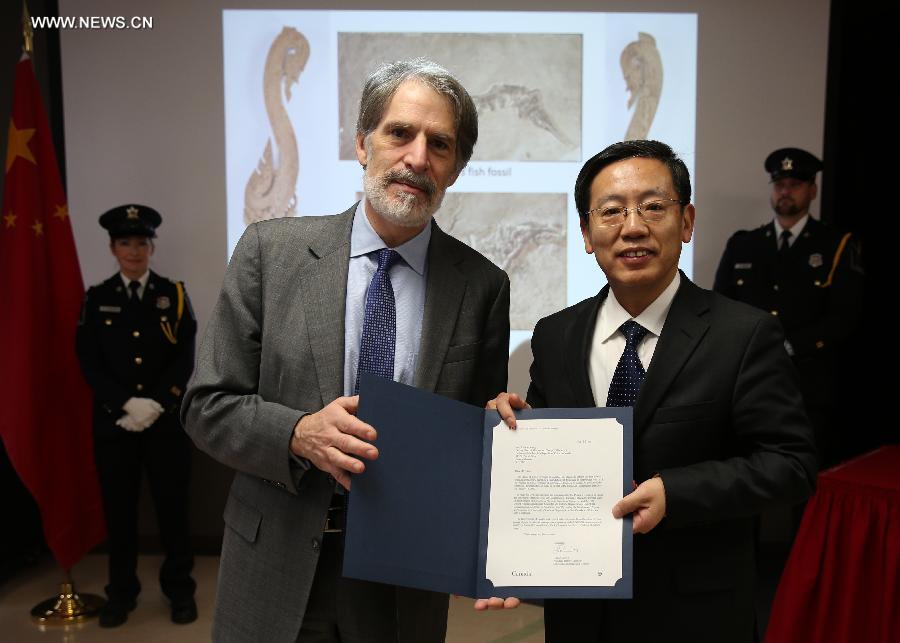 The returned cultural properties are two fossils of over 220-million years old from Guizhou province and a pair of carved wooden roof supports from Yunnan province in south China.

These objects were illegally exported from China and were detained by the Canada Border Service Agency and Police. China claimed these objects as their cultural properties and requested their return.

At the ceremony, Wang Wentian, charge d'affaires of the Chinese Embassy in Ottawa, expressed heartfelt appreciation to the Canadian government for returning those precious cultural properties to China.

It is the third return of cultural heritage objects to China by the Canadian government. Wang said it once again demonstrates Canada's ongoing commitment to prevent the illicit traffic of cultural property and its return to its country of origin, adding that it is also another strong testimony of Canada's leadership role in honoring the 1970 UNESCO Convention on the Means of Prohibiting and Preventing the Illicit Import, Export and Transfer of Ownership of Cultural Property.

Both Canada and China are signatories to the convention.

Since 1997, Canada has returned illegally exported cultural property to 12 states on 21 occasions.