WASHINGTON, March 27 (Xinhua) -- More than 90,000 people in the United States were reported to have infected with COVID-19, according to data compiled by the Center for Systems Science and Engineering (CSSE) at Johns Hopkins University. 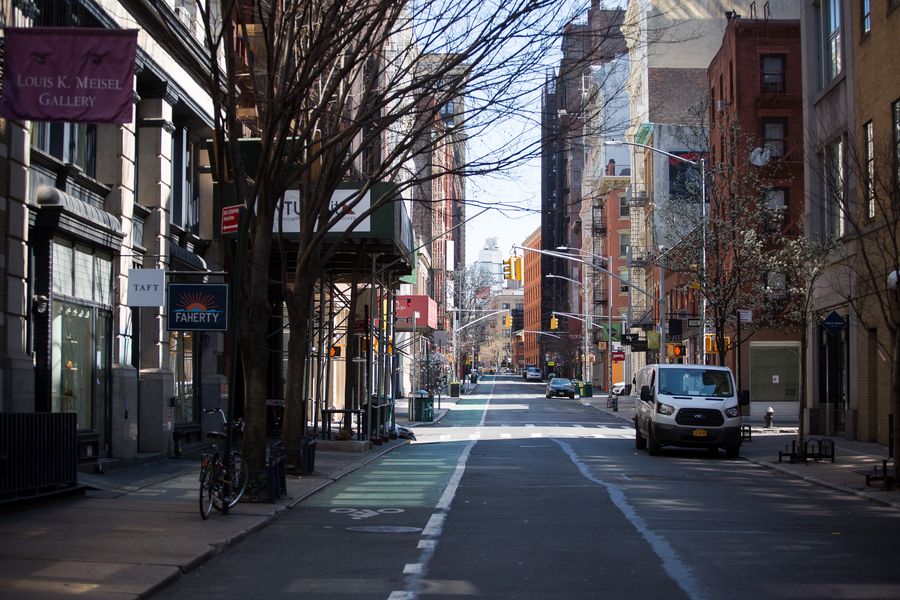 Street and sidewalks in SoHo are seen mostly empty in New York, the United States, March 26, 2020. (Photo by Michael Nagle/Xinhua)

In the United States, the state of New York has been hit the hardest, with 44,635 confirmed cases, followed by states of New Jersey and California, with 6,876 and 4,203 cases respectively.