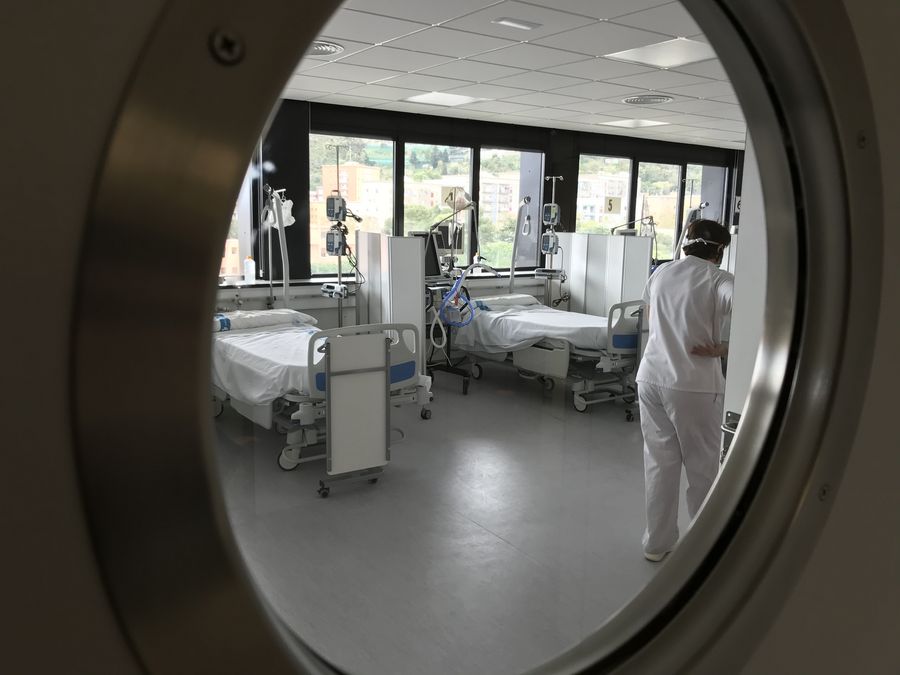 The total number of confirmed infections in Spain has increased from Thursday's 56,188 to 64,059 on Friday.

MADRID, March 27 (Xinhua) -- The Spanish Ministry of Health, Consumer Affairs and Social Welfare said on Friday that 769 people died of the COVID-19 in the past 24 hours, the highest number on a day-to-day basis.

Madrid continued to be the worst affected area in Spain with 19,243 cases and 2,412 fatalities, followed by the Catalan region with 12,940 cases and 880 deaths.

The Spanish Health Ministry also announced on Friday that the government is seeking to employ 200 foreign health service professionals to help cope with the ever-increasing number of cases and provide cover for the over 9,000 health workers who have been infected with the coronavirus.

"We hope that around 200 doctors and nurses (who are) from third countries and currently residents in Spain will be incorporated in the following days into the National Health System (SNS) in a decisive moment to combat the health crisis provoked by the spread of the COVID-19 in our country," said the ministry. ■