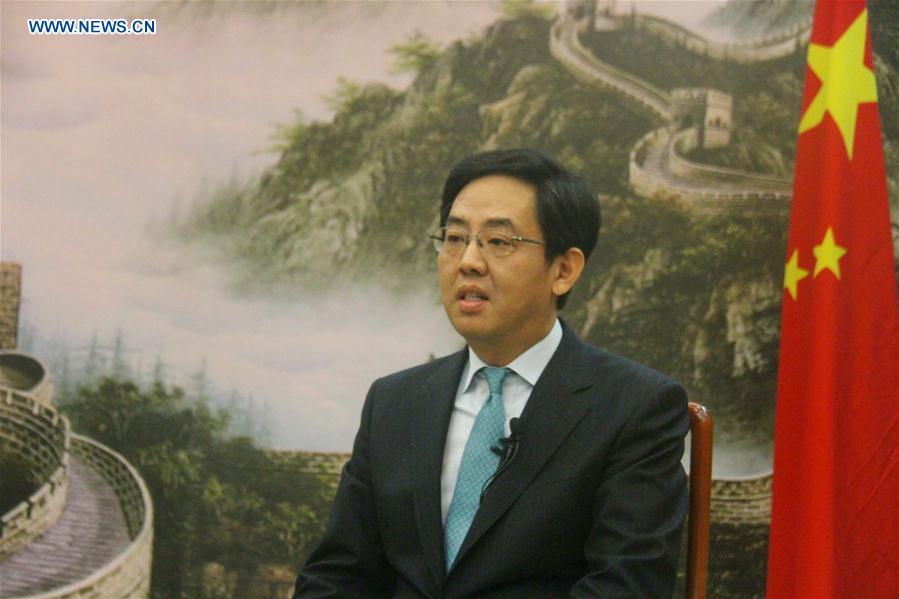 During his visit, Xi will speak at the APEC CEO summit, attend a meeting between APEC economic leaders and ASEAN leaders, and meet leaders of other APEC economies.

The Vietnamese side had expressed many times its expectations to hear "China's voice" and "China's solutions", considering them the most important factors to the success of the APEC summit, Hong said.

In current world, the opportunities and challenges of economic globalization coexist. Under this circumstance, the status, importance and influence of China have become increasingly outstanding.

All participating sides are thus eager to hear the Chinese leader's ideas and vision on major international affairs, global governance and APEC economic cooperation, he said.

Talking about Xi's state visit to Vietnam, the ambassador said it will push the China-Vietnam comprehensive strategic cooperative partnership to develop more steadily and healthily.

The two countries have also made progress on the strategic alignment of the "Belt and Road Initiative" and the "Two Corridors and One Economic Circle", injecting strong impetus to bilateral cooperation in the future, Hong noted.

On bilateral trade, China has been Vietnam's biggest trading partner for 13 consecutive years, with this year's trade value expected to breach 100 billion U.S. dollars, according to him.

The two countries have also been actively cooperating in various other fields including infrastructure, energy, tourism and transportation, the official added.

The spirit of "good neighbors, good friends, good comrades and good partners" was put forward by China based on the traditional friendship between the two countries, reflecting the unique and rich content of the Sino-Vietnamese ties, the Chinese ambassador said.

China and Vietnam, two socialist countries under the leadership of the communist parties, shoulder the historical responsibility of strengthening party building, constructing modern countries and working for the well-being of the two peoples, said Hong.

Thus remaining true to the original aspiration and keeping the mission firmly in mind as well as upholding the spirit of "good neighbors, good friends, good comrades and good partners" are in the interest of the two sides, Hong said.

China and Vietnam should strengthen exchanges on party and country governing ideas and practices, promote each party's governing ability, adhere to the sense of community of common destiny, eye each other's development and achievements as its own opportunities so as to further broaden mutual cooperation and serve the common development of the two countries, he suggested.

Looking into the future, the Chinese ambassador said, China and Vietnam have room and potential for further promotion of cooperation in fields such as politics, economy, people-to-people and cultural exchanges and defense.

He said President Xi, also general secretary of the Communist Party of China (CPC) Central Committee, will hold talks and meet with Vietnamese party and state leaders during his visit to the country.

"It is of great significance for the leaders of the two countries to strengthen the top-level design and jointly work on the blueprint of the future development," Hong told Xinhua.