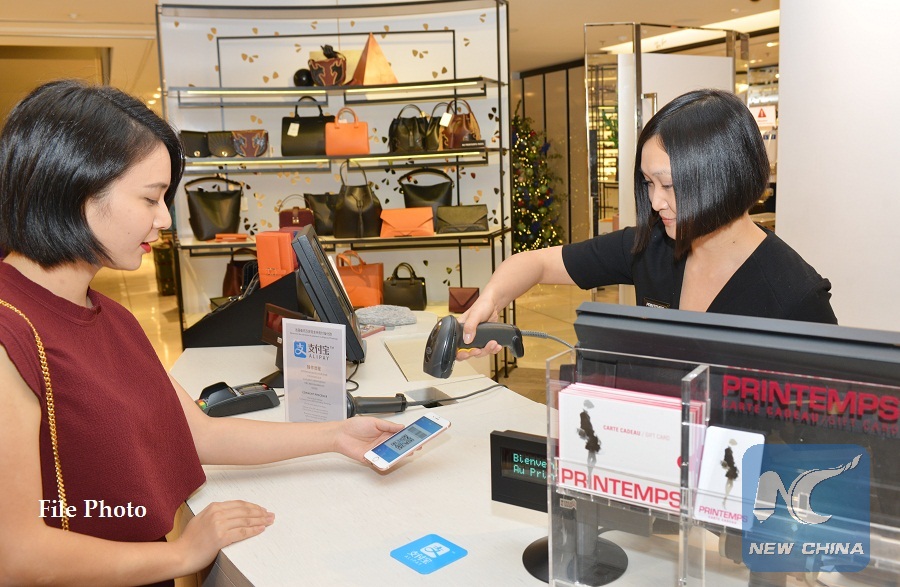 MADRID, June 28 (Xinhua) -- Chinese tourists will be able to use Alipay mobile wallet in Spain thanks to an agreement signed between Spanish bank BBVA and China's Ant Financial Services Group, BBVA reported on Wednesday.

Alipay is one of world's largest online and mobile payment platforms operated by Ant Financial Services, an affiliate company of Alibaba. BBVA, Spain's second-largest bank, is the first Spanish financial institution to cooperate with Alipay, integrating the system into the bank's Smartpay service.

The bank explained that Smartpay is already available for all stores and functions thanks to an app installed in the store's cell phone. The app should be updated in order to accept payments with Alipay.

The Spanish lender is also working with Spain's large stores so that they can accept payments with Alipay as early as possible, and merchants interested in signing up for Smartpay can register at BBVA branches, the bank said.

"This agreement is a great opportunity to service this growing market of visitors to Spain while allowing Spanish stores to promote sales and special offers directly to Chinese tourists," said Jose Fernandez da Ponte, Head of Business Development and New Ventures at BBVA.

Rita Liu, Head of Alipay EMEA (Europe, Middle East and Africa), said "cooperating with BBVA not only allows us to make Chinese tourists' shopping experience in Spain as simple as in China, but also makes it easier for Spanish merchants to do business with Chinese customers".